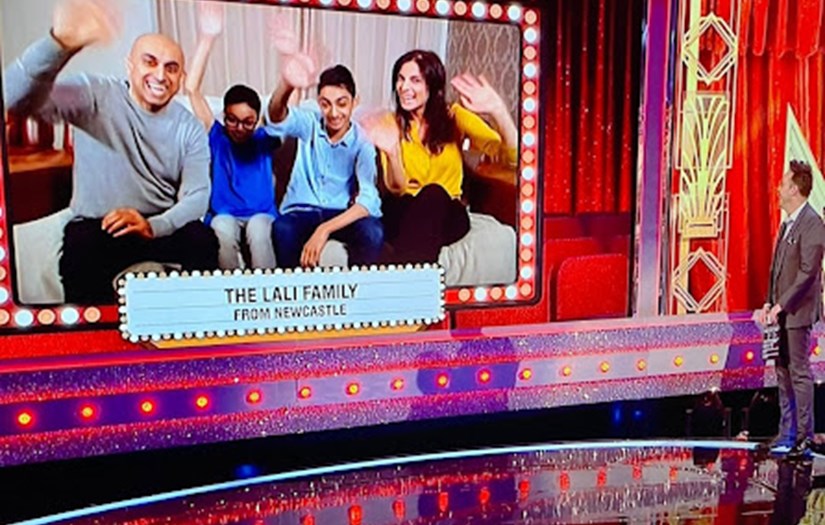 It took a long time to reach the point of being on the show, a lot of pressure and nail biting waiting but we knew for sure on the actual day of the show that things were going to get exciting.

We had a full ITV camera crew that was at our house that connected up live to the studios at ITV (Control Centre). We also had earpieces in our ears during the rehearsals and the actual show. Prior to rehearsals we were told to prepare props for 12 movies, 3 of which would be used for rehearsals and then 3 of the remaining 9 would be chosen at random on the live show.

The person who was telling us what to do (ITV Controller in the London studio), told us to sit down and wait until it was our moment. Eventually the game segment came on, and the whole instructions were to act out the movie the person would tell us via the earpiece. They only told us one second before, via the earpiece, which film we had to act out, so it was a lot of pressure! We had to be ready to act out several movies … in rehearsals, I have to say, Richard. E Grant wasn’t the best at guessing but thankfully things improved during the live show. Then all eyes were on us.

The last movie we had to act out was Beauty and The Beast and it was guessed within seconds!

Overall, it was an amazing experience going on Saturday Night Takeaway, meeting Ant & Dec and Richard. E Grant (virtually), the shows’ producers and having ITV cameras and crew in our lounge. We were very lucky to go on the show that millions of people watch. Friends and family from all over the country were immediately calling us after the show, which felt amazing.

Time to plan the holiday now and maybe consider a career in TV!