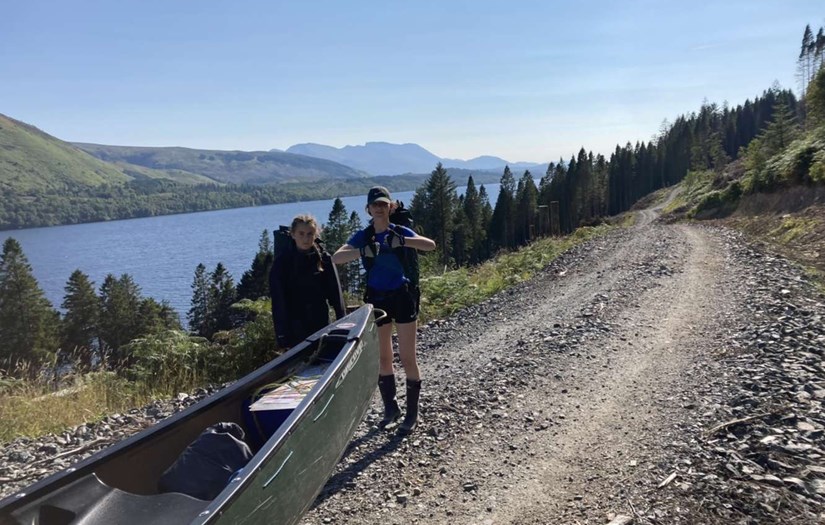 Our group travelled up to Fort William on the train, then camped at the bottom of Ben Nevis at a campsite and planned our route for the rest of the week.

We started our trip on the West coast and canoed the first section of the canal, reaching the first loch, Loch Lochy about 6:00pm. The wind on the loch started to pick up so we canoed for a bit longer then stopped and wild camped at the side of the loch. That place wasn’t very nice as there were a lot of midgies but we cooked and lit a fire to keep them away.

We set off canoeing along Loch Lochy but the wind had become very strong overnight so canoeing over the waves was very difficult. After about an hour and a half paddling we had only gone about 100m. With our instructor we decided that we should get out and try to walk to the next campsite. This was very difficult as it involved carrying all our stuff as well as dragging the canoes up a hill and through a construction site! We had to work together to lift up the canoes, slide the wheels underneath, tie them on tightly with rope and then pull them.

One of the wheels fell off and we lost the pin holding it on but managed to fix it with a hair bobble! Overall, in about 6 hours we’d done about 5k and had heard people say, “it’s easier on the water” about a million times.

We got to our wild campsite that night though, one with a composting toilet, which at that point was practically luxury! A couple of us went swimming in the loch and then we lit a fire and cooked our food.

Luckily the wind had died down by the fourth day so we managed to canoe a long way. We finished Loch Lochy, canoeing along the canal, then completed Loch Oich. It was great weather that day so we had a lot of fun and stopped for lunch on an island in the middle of Loch Oich.

At the end of Loch Oich we had the choice between a section of the canal and the River Oich where we would encounter rapids. We went with the river; a decision we regretted later!  We got helmets on, tied everything down in the boat and set off with our instructor. We got through the first couple of rapids with no trouble but one of the boats then capsized on a faster one. At that point it was still sunny so we were fine but when the same boat capsized later on we were quite cold and tired. We made the decision not to risk another rapid that night and pitched our tents on the riverbank.

We made our food and prepared our equipment for the next day but then noticed that the river had risen quite a lot since we last checked. We let our instructor know, who said he’d keep an eye on it while we went to sleep. At about 11.00pm we were woken up and told that we had to move as the river had risen too much. We un-pegged our tent and chucked everything inside then picked them up, walking up the river bank and onto a path. We made multiple trips, gathering all our stuff as well as the canoes and repitched them on the path. This was one of the strangest moments of D of E but, with the passage of time, now remembered as a great memory.

The next morning we had to move all our stuff, and the canoes, up a steep bank to get to the canal as the rapids were now far too fast. We made it to the canal and paddled along it, reaching Fort Augustus where there is a series of 10 locks (gates that’s fill with water to get boats up to the next sections of the canal). At these we had to get out, use the wheels and bring the boats along to the other side before we got back in.

After this, we had finally reached Loch Ness. We were struck with how big it was and felt very isolated in the middle of it on a misty day. That didn’t stop us searching for the Loch Ness monster and singing songs in a Scottish accent though!

That day we canoed about halfway along the loch then met our instructors at the side, by the road. We did a reflection of our expedition and packed up our stuff before we set off back to Newcastle absolutely shattered.

Would we do it again? At the end of Day 5 the answer would be a unanimous ‘No’ from the group but the reality is that we would all now say a definite ‘Yes’. It was a brilliant adventure and we all have memories that will last forever. 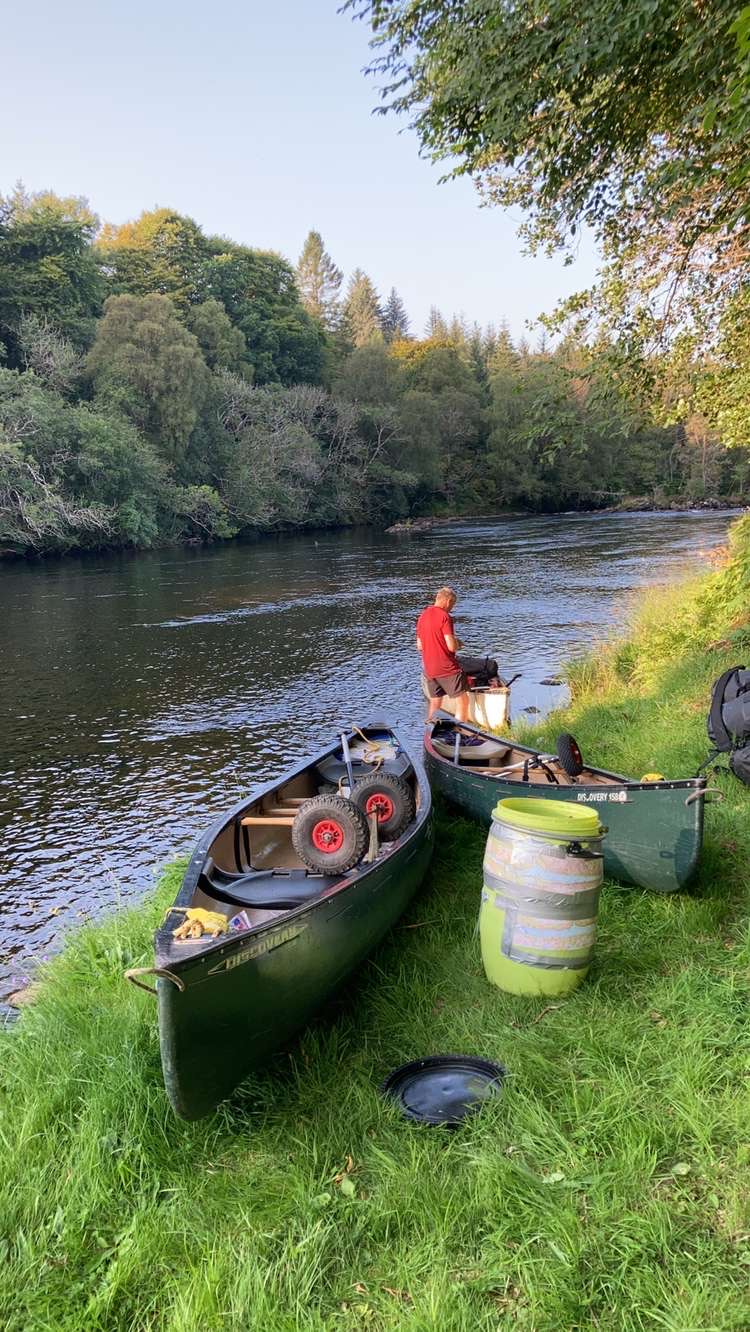 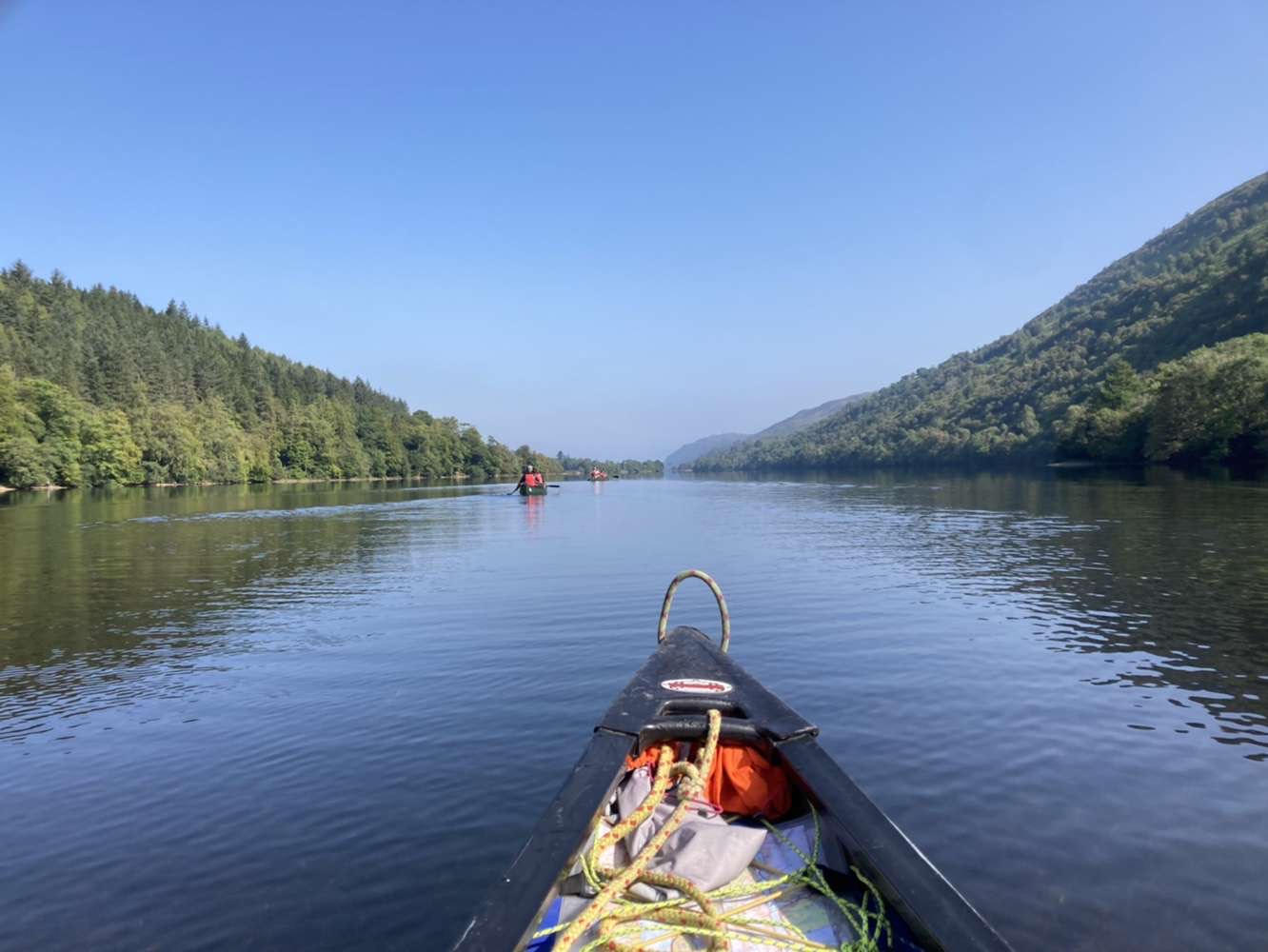