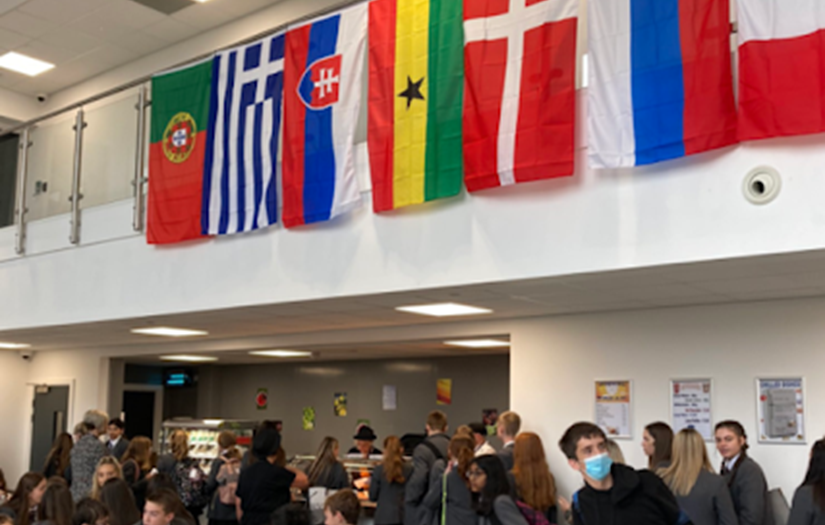 In the run up to the day, a number of students and staff who speak a language other than English outside of school, participated in the creation of a video by demonstrating themselves speaking in their native or additional language, which was a wonderful celebration of the linguistic diversity we enjoy, even in a relatively geographically remote area.

On the day, the dining street was festooned with flags as the catering staff treated us all to a delicious range of European food, including paella, bratwurst, and a much-lauded beef bourguignon with dauphinoise potatoes!

Around the school, our younger tutor groups participated in a race that involved them 'collecting' greetings in various European languages from different departments, including Czech, Latvian, Croatian and Welsh! The most competitive tutor groups had completed their challenge by lunchtime the same day, with prizes going out to 9API, 8CBR and 8KMU.

Many MFL lessons this week have featured themed activities including quizzes on European idioms and translations between French, Spanish, German and Geordie, and our languages video has been shown to tutor groups and in assemblies throughout the week.

As always, it has been a great opportunity to engage our already wonderful students in language learning and to develop a greater understanding of the importance of foreign languages in an increasingly interconnected world.

Merci, gracias and danke to students and staff for making it such a successful event! 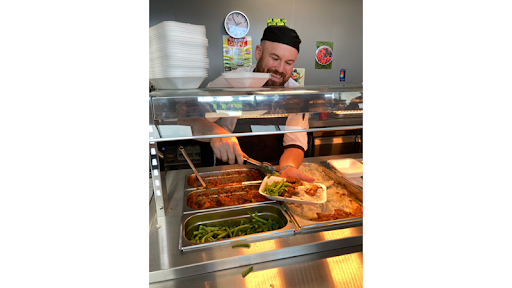 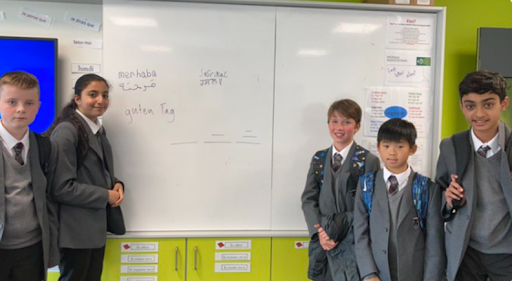