This year’s Swim England North East Regional Championships were held at the John Charles Centre in Leeds on the weekends of 23-24 April and 7-8 May and were the first to be held since 2019 due to the pandemic. Over the course of the Championships, Eve won 3 Gold medals and became regional champion in the 50m, 100m and 200m Backstroke. She also finished 5th in the 800 Freestyle and 6th in the 400m Freestyle.

This event signified the closure of the qualifying window for the British Championships taking place this summer and Eve has received an invitation to compete after confirmation that she qualified to race. This Championships will take place at Ponds Forge in Sheffield from 22-28 July and will be Eve’s first experience of a National competition. Eve has also qualified to compete at this year’s English Summer Championships also to be held in Sheffield from 4-8 August.

Headteacher, Mr McGrane, said “Eve continues to go from strength to strength and this is just reward for her dedication and commitment to excel. In school, Eve is humble and modest about her amazing achievements and is doing as well academically as she is from a sporting perspective.” 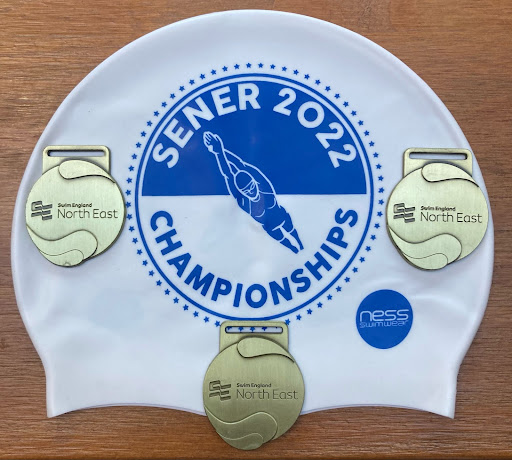