Four years ago Ayaan Kadir was diagnosed with Osteochondritis. He thought he would never take part in any competitive sport. Then he started boxing with his younger brothers as a way to keep fit. His boxing coach tailored exercises so he would not damage his knee. As time went on, he fell in love with the sport and his fitness started to improve along with his confidence. He entered into his first charity boxing match in November 2019, not as a competitor but as a skills show. Between him and his brother they raised £500 for that particular charity.

During lockdown, Ayaan and his brothers continued to spar and train to stay fit. Their coach, Clive Gibson, kept spurring them on. After lockdown restrictions were lifted, they all returned to the boxing gym as soon as possible. In  September 2021, Clive asked Ayaan and his brother to take part in another charity match; this time as competitors. For 2 months they trained solidly to prepare for their fight, both in the gym and outside. On Saturday 20 November, Ayaan entered the ring for his first ever competitive boxing match. He was nervous, excited and had plenty of adrenaline running through his body! He had 3 rounds each lasting 3 minutes. When the final bell rang, no one knew who had won the fight. Ayaan said, “When I heard my name announced, I’m pretty sure my eardrums popped from my family cheering me on. I never expected to hear Cameron Gray scream so loud!”

Ayaan came home with a trophy and had raised £300 for the Nicole and Jessica Rich Foundation, which brings hope to families battling batten disease, which is a life limiting disease. Ayaan hopes to take part in his next fight in March ...  Covid permitting. 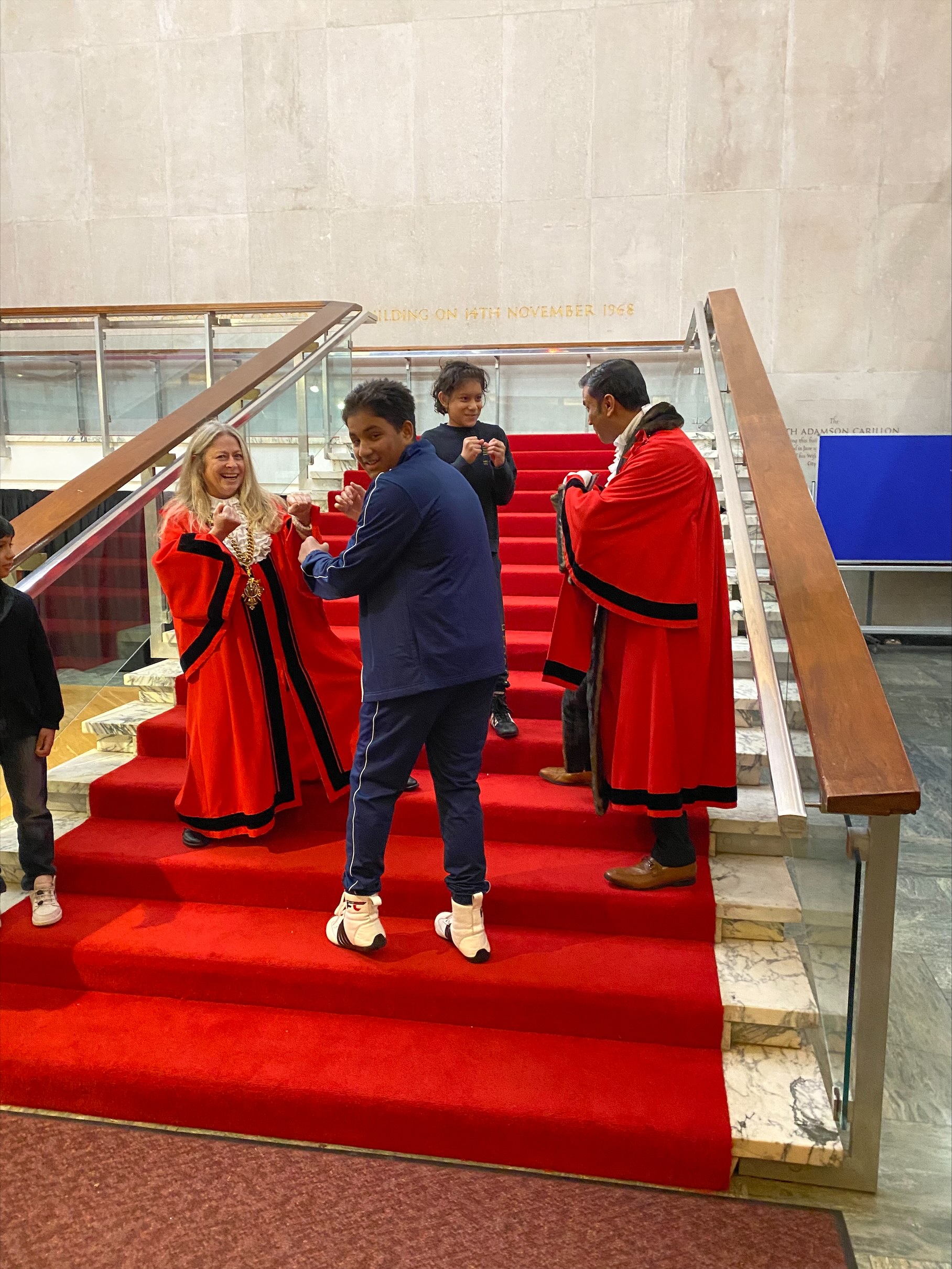