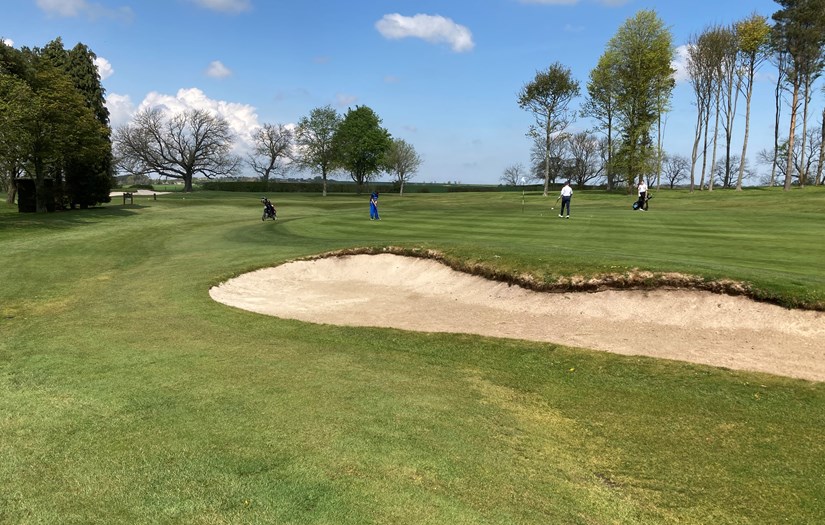 After the last 12 months where pupils have experienced little to no sporting competition, it was great to see them once again showcase their skills in the annual Northumberland County Schools Golf Championship.  Ponteland High were again able to field a strong selection of players with 12 competing on the day.

We couldn’t have asked for a nicer day as the sun was shining with little wind in the air. It was seemingly perfect conditions for some low scoring and that’s certainly the way it played out.  Jack McCall set the pace and was part of the first group out shooting an impressive 1 under par (71). In previous years this would have been good enough to take the spoils but unfortunately it was to be superseded by a gross 68 by Angus Buchannon of QEHS; a very impressive total and our congratulations go out to him. This was good enough to win the Under 18 trophy with Jack finishing in second place.

This, however, wouldn’t be the end of our success with many more of the squad finishing in the top 10.  Cameron Thoburn carded a 3 over par (75) to finish in sixth spot. Joe Alderson secured eighth place with a gross 79 and Daniel Galbraith scored 79 which was good enough for ninth. We also had more success in the girls competition with Louisa Hamilton scoring 95 which was good enough for fifth place on the day and Erin Blight carded a 107 which saw her in ninth position.

Other notable scores from the squad included:

PE teacher, Mr Doig commented, “Well done to everyone that competed on the day. It was great to see you all representing Ponteland High; you were a credit to the school in your conduct, etiquette and attitude.”

Jack McCall and Cameron Thoburn will both go on to represent the Northumberland Schools County team when they travel to Bradford for the North of England Schools Golf Championship. Louisa Hamilton has been selected as a reserve for the girls team in the same competition.

Congratulations to all three pupils. We are immensely proud and wish you every success in the next round of the competition.