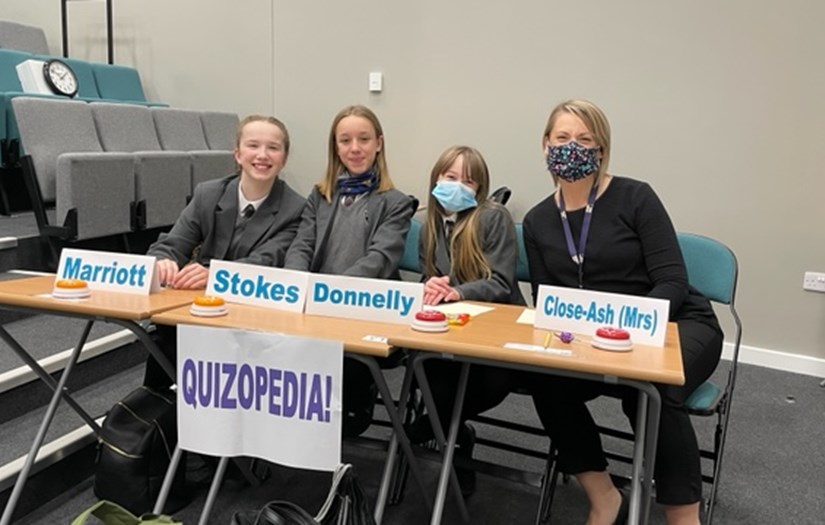 All students and staff were offered the opportunity to take part in one of the UK’s longest running quiz shows – University Challenge. The competition, now in its tenth year in school, was open to everyone; entries poured in from students across most year groups and some very competitive staff/student teams.

Teams such as ‘The Panthers’, ‘Couch Potatoes’, ‘Quizopedia’ and ‘The Twirls’ are battling through the general knowledge questions in a bid to secure a place in the final.

The session begins with a starter question, which must be answered on the buzzer and with no conferring between the team members. This gains 10 points for the team. A contestant can interrupt the quiz master (Mrs Jones) by buzzing in with an answer, but if that answer is incorrect, 5 points are deducted. But can anyone beat the formidable Ms. Burridge or Mrs Heath, our resident Pointless champions from the popular TV series?

The heats commenced on Monday 9 November with the final set for Tuesday 14 December.  The winning team, who will have conquered tough competition and a mountain of questions including Christmas rounds that include singing Christmas Carols, must battle on for one last time as they are then matched against a celebrity team on Thursday 16 December.

Well done to all the teams involved in the competition and better luck next year to those who are knocked out in the early rounds.