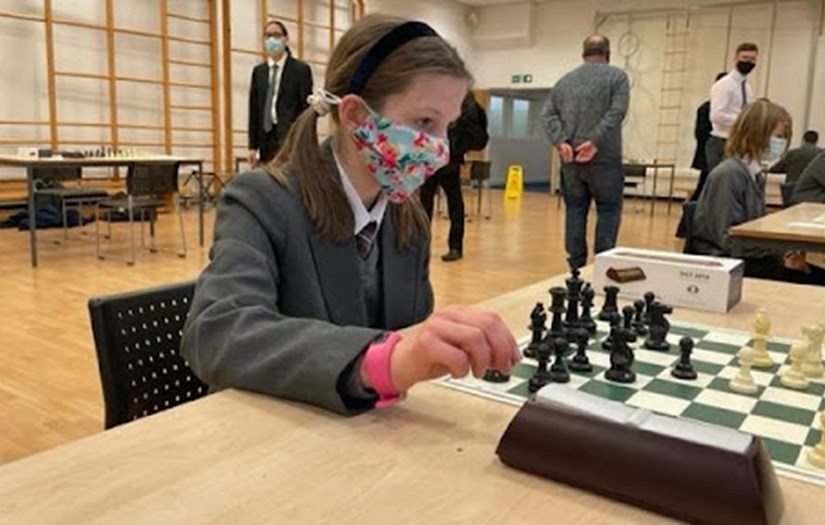 On the afternoon of Wednesday 26 January, our amazingly talented chess team took part in the regional chess final at St Mary’s Catholic School in Longbenton.  Knowingly facing the top team in the league (who have their own private coach), our students were bold and fearless!  Playing against both their A and B team, Andrew and Sam (Y10), Mylo (Y9), Ryan and Beau (Y8) played with sophistication and style but it just wasn’t quite enough to beat their opponents.

Perhaps most impressive of all was Abbie’s performance. In nail-bitingly close tension, game after game, Abbie in Year 7 was pitted against 6th form students.  Despite the 5 year age difference, Abbie played exquisitely and remained dignified in defeat saying, “It was so close.  I’m so pleased I had the opportunity and really enjoyed it!”