Stewart Park, Middlesbrough was the location of the regional finals of the Schools Cup Cross Country on Saturday 13 November. An impressive three of our four school teams qualified for this stage of the competition after great success at Temple Park last month. The standard was incredibly high, with our runners holding their own against some of the best youth runners in the North East.

First up were the Junior Boys (Y7/8) with the counting quartet made up of Finlay Aitken (20th place), Harry Douglass (29th), Joseph Harrington (45th) and Wilson Gray (49th). Aidan Jones and Robert Duffy were only thirty seconds or so adrift in 61st and 62nd. The team finished a very respectable 9th overall.

After his tremendous success in the preliminary rounds, Eliot Kelso led the intermediate boys (Y9/10) home in 12th place, followed by Robert Atkinson (23rd) and Ben Harrington (34th). Unfortunately, due to other sporting commitments, the team was incomplete and so did not place in the overall rankings.

Our most successful team of the day was the intermediate girls, led home by Lucy Milburn (11th) and Erin Blight (13th). The scoring four was backed up by Isla Gardner (24th) and Molly Johnson (25th). Zoe Fielding and Grace Graham also had strong runs to complete the inter-girls squad. The girls finished a superb 5th overall against other strong teams from across the North East! 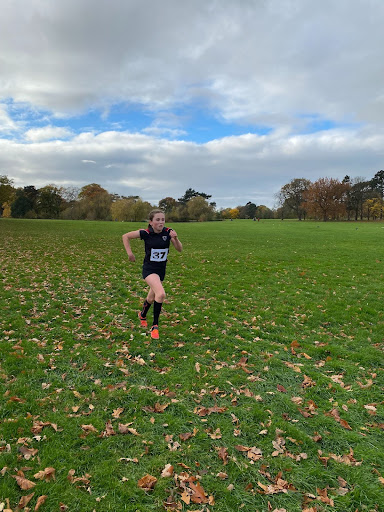